Book Review: I’ll Be There 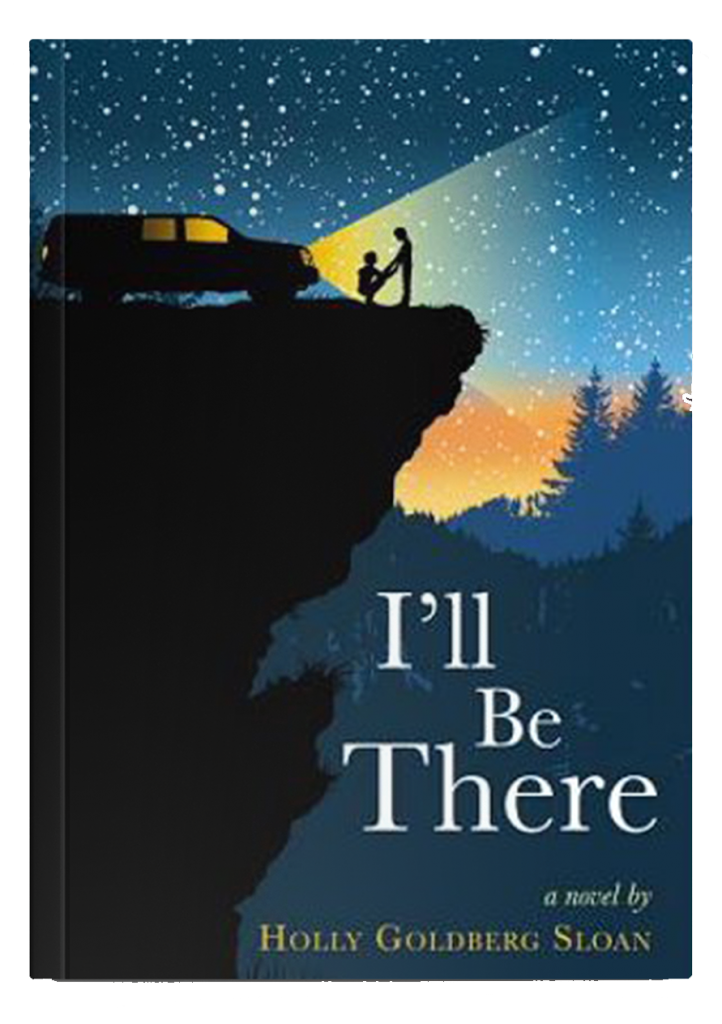 Sam Border wishes he could escape, but there’s nowhere for him to run and noth- ing besides his little brother to care about.
He has lived his life in the back of truck, under the threat of his criminal father. And then Sam sees Emily Bell. That’s when everything changes.

Praise For I’ll Be There

“Heartbreaking, suspenseful, life-affirming, magical: I’ll Be There is all of those things—and yet unlike anything I’ve ever read. Mere description doesn’t do this book justice; only reading it does.”

“Holly Goldberg Sloan crushed my heart, accelerated its beat, and then lit my chest aflame. I’ll Be There reminds us that empathy is an extremely powerful force, and perhaps our most beautiful.”

— Matthew Quick, author of Sorta Like a Rock Star and The Silver Linings Playbook

“A harrowing survival story…. Sam and Riddle are wonderfully appealing characters that readers will root for.A highly suspenseful read with a dynamic, cinematic quality that keeps the pages turning to the satisfying conclusion.”

“­­­Illustrates how we are all connected in big and small, positive and negative ways….[This] riveting story will keep readers interested and guessing until the end.”

“­­­[A] life-affirming exploration of the subtleties of love, compassion, and relationships. . . . Like the song it was named for, this book is hard to get out of your head.”

“­­­­­­Sloan builds characters rich with depth and realism… A terrific read, quick to capture the audience, this book will make readers sing the melody in their hearts.”

“­­­­­­Sloan, a film writer and director (Angels in the Outfield and Made in America), has fashioned a cast of memorable characters with compelling stories and relationships.”

“­­­­­­I’ll Be There is a fascinating glimpse of life at the very edge of society: thrilling, romantic, and so suspenseful I had to peek at the end for the sake of my peace of mind. The scrappy, resourceful Sam and Riddle are two of the most compelling and original characters to come along in ages.”

— Natalie Standiford, author of How to Say Goodbye in Robot and Confessions of the Sullivan Sisters

“­­­­A phenomenal hold-your-breath read. Sloan has created a heart-thumping adventure out of love, loyalty, brotherhood and tragedy and has given readers a touching, unforgettable journey”

— A.S. King, author of Please Ignore Vera Dietz and The Dust of 100 Dogs

“­­­­Do not start this book if you have homework because your homework won’t get done. Ideally, you would read it on a long flight. That way people will leave you alone until you’ve consumed every single page.”

“­­­­The fine but sturdy threads of connection in this story are woven into an intricate web of people, places, time, and love, holding Sam and Riddle’s world together, as they do all of ours.”

“­­­­Wow. This was exactly the book I wanted to read. I hadn’t heard anything about it, didn’t have a single expectation. In fact, it was the one review copy I picked up at ALA that didn’t even have a real cover. It looks as though it is wrapped in a plain brown sheet of paper. (And no cover images are available online as far as I can tell.) There is no jacket blurb or any kind of description of the story at all. I was captured right from the start. This is the story of two boys, Sam and Riddle, raising themselves because their mentally ill father can’t. It’s about what happens when you connect with people. And how we are all connected and how the choices we make send ripples out across the world. It made me think about fate and destiny and karma. But mostly it’s about love. All kinds of love. The writing in this story is simple and clear and brilliant. Told from a third person omniscient point of view, stepping into the lives of different people who meet Sam and Riddle; each and every character has depth and an interior life and history that goes on before and after their appearance in this story. I felt like I knew these characters even when they only appeared for a page or two. Apparently Holly Goldberg Sloan has worked in films as a writer, director and producer – and that shows. This is survival story – both emotionally and physically. The plot – especially when Sam and Riddle are forced to leave the one place they’ve felt like they belong and end up in the wilderness – has cinematic potential. All along there is sweet romance and heartbreak, tension and danger and slapstick comedy. So I could see this as a movie, except that the very best most exquisite thing about this book is its emotional core. And I don’t think a movie has a chance of touching my heart the same way.

I’d love to put an excerpt here but since it’s a review copy, I can’t.
But I must say put this one on your list.”

Intertwining a gripping survival story with a sweet tale of innocent first love, I’ll Be There is one of the best and most memorable books for twelve-years-and-up that will be published in 2011, and is one of my biggest finds at the recent ALA Midwinter meeting in San Diego.

Seventeen year-old Sam and his twelve year-old brother Riddle were kidnapped by their father — a murderer and a thief — a decade ago. Maintaining their anonymity over the years, their father has regularly moved them from place to place around the country (and sometimes out of it), keeping his truck equipped with a supply of stolen license plates, and packed as to be ready to leave at a moment’s notice as he settles briefly in town after town to then live off of his break-ins into cars and houses. Every day, the two boys are forced to scavenge for their own food and otherwise fend for themselves. Sam, who has not been in school since the abduction — when he was in second grade — has raised the near-mute and sickly Riddle, who suffers from severe and never-treated asthma; who spends his days creating amazingly intricate drawings of the insides of mechanical objects on the pages of a telephone book; and who has never set foot in a school.

‘The days of the week meant nothing to him. Except Sunday.’

Sam, a self-taught guitar player loves music and seeks out churches on Sundays where he can slip in, mostly unobserved, and listen to music being sung and played. So it is that he is hiding out alone in the back row of the First Unitarian Church on the Sunday that Emily Bell is compelled by her college music professor father to perform a solo rendition of I’ll Be There during the service. In carrying out her performance strategy of singing to the back of the audience, she locks eyes with Sam and then, in the wake of her singularly abysmal performance, it is Sam who finds her out back of the church and holds her long hair out of the way as she regurgitates her breakfast. Exchanging scarcely a word with Emily, he then disappears.

Emily’s subsequent search for the mysterious and striking young man climaxes with a hilarious scene involving an excrutiating double-date set up by her girlfriend, during which she unhappily stares out the restaurant window, suddenly sees Sam and Riddle walking down the street in the dark, and bolts from the restaurant to talk to him.

So the story of Sam and Emily begins.

‘For Emily, he was more than she could have imagined. He wasn’t like the other boys she’d done things with. He didn’t try to tell outrageous jokes and/or bore her with stories where he was some kind of hero. He didn’t boast about stealing his parents’ vodka and drinking with friends or staying up all night to pull a prank. He didn’t take out a cell phone and check for messages or have all kinds of attitude.’For Sam, she was like someone from another planet. Planet Contentment. She had energy and enthusiasm, and she had to have never seen what he’d seen, because she was so open and trusting.’

I’ll Be There tells the horror story of the price that must be paid when Sam and Riddle’s father-from-hell finds evidence of what Sam has been up to.”

“­­­­ Screenwriter and director Sloan delivers a cinematic, psychologically nuanced first novel of star-crossed love and the power of human empathy and connection.

Sloan excels at crafting memorable characters and relationships, from the central, transformative romance between 17-year-olds Sam and Emily, who meet after her disastrous church solo, to finely sketched cameos. Sam and his sensitive, possibly autistic younger brother, Riddle, live an isolated and itinerant existence, subject to the whims of their violent and deranged father, Clarence. Tension escalates as Emily’s family becomes attached to the boys, growing concerned for their well-being, and an unstable Clarence takes off with his sons once again. It’s agonizing but thrilling reading as Sam and Emily try to surmount the many obstacles Sloan throws at them. Her skills as a writer are never in doubt, though the story can at times feel melodramatic, especially as it turns into a survivalist epic, and a plot thread about a classmate enamored with Emily devolves into slapstick. But Emily and Sam’s romance is that of the against-all-odds, meant-to-be variety, and while the ending is too perfect, it is unquestionably earned.”

Meet the Characters
Buy the Book